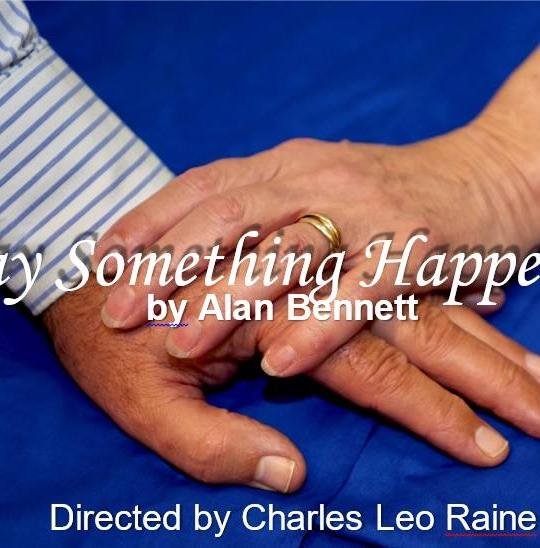 Tickets for Network Theatre's production of "Say Something Happened" at the Vault Festival are now on sale.

A heartfelt one-act comedy that focuses on Mam & Dad, an elderly couple living in Yorkshire, whose lives are lived their way. That is until June Potter from the council shows up and suggests... "change."

The play is delightfully local and just reading through it one can imagine parents or grandparents engaging in similar conversation, or being blockheadishly stubborn towards a stranger suggesting how they should live.

The aim is to take none of that charm away; while a universal message, the traits that Bennett writes with gives it a realism; an entry point for everyone, as if it was plucked right out of Harrogate. Everyone knows the feeling of getting older or getting left behind, but we can see it here from both perspectives, the younger generation dealing with the world changing due to things out of their control and them being left to deal with it, while the older generation are made helpless in a world that they helped create, now unable to do anything due to things out of their control. While it was true when Bennett wrote this play, it is arguably more poignant now than ever before, with issues arising from this that cannot be ignored by anyone from any walk of life.

While the generation gap might separate us, we’ve never been more the same.