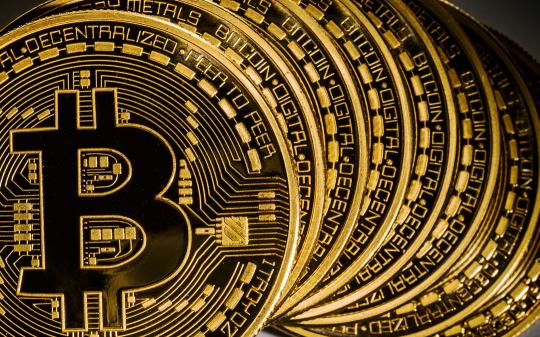 "Early Bird" price of £20 is available until January 15th then rises to £25. Every attendee will receive £10 in Bitcoin Cash via a card with a QR code to scan to receive their BCH.

This event will help those new to crypto-currency understand how to "get in and get on" and for those with more experience the Talk will offer a sense of expert insight as to the potential and possible future of this game-changing technology and investing opportunity.

As a special additional bonus, event sponsors nChain are offering a £10 Bitcoin Cash QR voucher to everybody who comes to the event.

In the last 6 months Bitcoin has really hit the mainstream and, as a result, has seen its value sky rocket. However, the big banks have not been lying down and the original vision of Bitcoin has been corrupted and now rather than low-no fees on transactions fees are extremely high.

Bitcoin Cash forked away from the original Bitcoin in August to be in line with the original view of Bitcoin as a per-to-peer currency with very low fees. However, many of those new to Bitcoin are unaware the vital differences between Bitcoin Cash and its predecessor.

In this talk Dr. Wright will share his vision for “Bitcoin Cash World” where Bitcoin is used on a daily basis by merchants, consumers, banks, and other participants across the world’s economy. Among other things, he will explain:

• the advantages of Bitcoin over traditional fiat currency and payment methods

• what steps need to be taken to achieve global adoption

Dr. Craig Wright has been involved with Bitcoin since 2009 and is one of the earliest minds behind Bitcoin. Dr. Wright is an Australian computer scientist, businessman and inventor who challenges the world with visionary ideas. Currently, he is Chief Scientist for nChain – the global leader in research and development of blockchain technologies.

Before his early and extensive work with Bitcoin, Dr. Wright had over 20 years of experience in the fields of information technology and security, and is one of the most highly qualified digital forensics practitioners in the world. He has personally conducted in excess of 1,200 IT security related engagements for more than 120 Australian and international organizations in the private and government sectors.

A prolific researcher, Dr. Wright has been a lecturer and researcher in computer science at Charles Stuart University. He has also authored many articles, academic papers and books on IT, security, bitcoin and other cryptocurrency issues. Dr. Wright is now a sought-after public speaker internationally on security, Bitcoin and cryptocurrency topics, while also presenting his research findings at academic and business conferences.