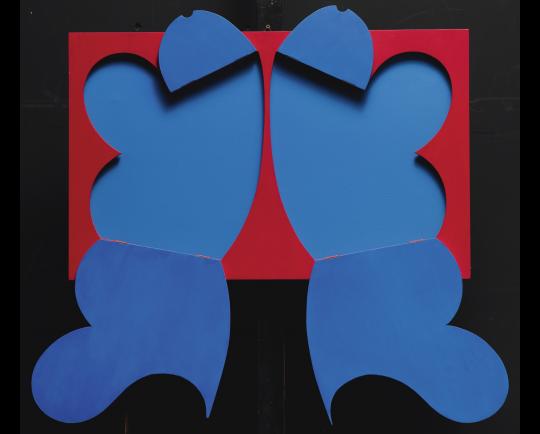 Ronchini Gallery is proud to present the first UK solo exhibition of Japanese artist Katsumi Nakai. With works spanning from the 1960’s to 2012 this exhibition presents a comprehensive overview of this critical figure whose artistic achievements have yet to be fully appreciated on a grand scale.

Described by friends and fellow artists as steadfast and meditative, Nakai soon entered the circle of artists that in 1967 writer and art critic Guido Ballo described as the “New Milanese School” (“Nuova Scuola di Milano”).

Among them were personalities such as Lucio Fontana and Tomonori Toyofuku, as well as: Enrico Baj, Agostino Bonalumi, Paolo Scheggi, Enrico Castellani, and Nanda Vigo. In particular, Luciano Fontana and gallerist Carlo Cardazzo played pivotal roles in the shaping of Nakai’s artistic practice in Milan. Nakai was interested in
Fontana’s idea of Spatialism, and how it was felt as a breach of artistic conventions, allowing for concepts such as time and space to enter the canvas. And Cardazzo gave Nakai his first solo exhibition at Galleria il Cavallino, Venice in 1965, as well as multiple exhibitions at Galleria del Naviglio, Milan.

Nakai’s multi-colored wooden apertures (“openings”) probe the pictorial surface and its levels of dimensionality, which are delicately raised and projected into the viewer’s space. In this sense, Nakai’s work exceeds the limits of the flat canvas, by staging an interplay between outward projections, form, and volumes. Existing between traditional two-dimensional paintings and three-dimensional sculptures, the final outcome, as described by GuidoBallo, is a “pictorial object.”