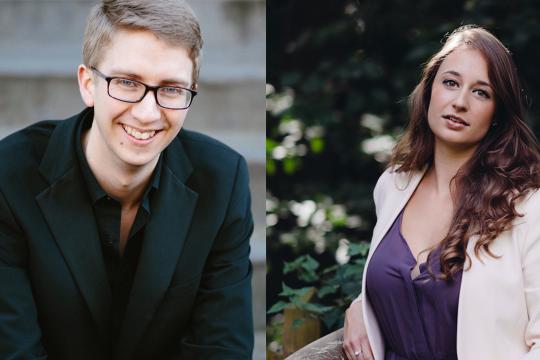 Watch inspirational performances by outstanding musicians from the Royal College of Music, whilst enjoying a hot drink and a pastry in the Royal Albert Hall’s Elgar Room.

Amy Lyddon (mezzo-soprano) and Ian Tindale (piano) both studied at Cambridge University and the Royal College of Music.