Experience the Lumiere London Festival in the streets of Carnaby, Seven Dials and Chinatown London

From 18-21 January 2018, the UK’s largest light festival, Lumiere London, returns to the capital for a second time.

Produced by arts charity Artichoke and commissioned by the Mayor of London, the free four-night festival will feature more than 50 artworks by UK and international artists and is set to transform the capital’s streets, buildings and public spaces into an extraordinary immersive landscape of light and sounds.

A key area for the festival in 2018 is London’s West End, where among the streets of Carnaby, Chinatown London and Seven Dials visitors can experience five stunning installations within a 10- minute walk of each other. Explore spectacular illuminated pieces from the ‘dancing’ light bulbs in Carnaby, puppeteer operated giant flamingos gliding through the streets of Chinatown London to a fun telephone box aquarium in Seven Dials.

Carnaby
Lumiere London will include several of Carnaby’s existing illuminated street art pieces found amongst the area’s 14 streets. Head to Ganton Street and be dazzled by 51 oversized Light Bulbs suspended from the sky. During the festival, the LED light bulbs will light up in a rainbow of colours, creating an eye-catching ‘dancing’ light show, created especially for Lumiere London.

First installed in 2015, the Giant Plug & Socket on Ganton Street, immediately became an iconic characteristic feature of Carnaby. This award-winning piece of urban art is lit up at night and will be changing colour regularly throughout the festival.
??
?Shaida Walking by renowned British artist Julian Opie is situated on the junction of Broadwick Street and Carnaby Street. The double-sided LED piece plays with light and animation to create a digitalised ‘walking portrait’.
Whilst enjoying the lights in Carnaby, explore over 150 brands covering fashion, lifestyle, beauty, food and drink across 14 streets. Party until 9pm at Skinnydip on Thursday 18 January, and enjoy a live DJ, Lumiere themed cupcakes and promotions on their best-selling glitter collections. Beauty junkies should head to the brand-new global store, Too Faced for complimentary ‘luminous’ makeovers using the brand’s favourite glitter and glow-getting products or be the first to try Urban Decay’s new All Nighter collection with their Lumiere launch party on Thursday 18 January, exclusively at their Carnaby Street store. In the Newburgh Quarter explore Cubitts’ illuminated vintage stacked optical charts in their windows on Marshall Street.

Be sure to swing by the Carnaby Trike on Ganton Street for a free hot chocolate – be quick, there’s 500 on offer each night.

Feeling peckish? Head to Peruvian casa Señor Ceviche for an exclusive Lumiere £20 set menu or for late night drinks, travel back to the 1940’s at Kingly Court’s underground 1940s bar Cahoots, open until 3am every night and serving up delicious bespoke Lumiere London themed cocktails.

Chinatown London
Chinatown London is proud to announce that for the first time, the streets of Chinatown will be host to a wonderful Flamingo Flyway Lumiere installation. Created by the ever-imaginative Lantern Company with Jo Pocock, these extraordinary flame coloured birds, lit and operated by puppeteers will wander through Wardour, Gerrard and Lisle Street, delighting Londoners and visitors alike.

Chinatown London is the perfect place to refuel whilst exploring the incredible West End installations. Enjoy an array of delicious Chinese and East Asian cuisine, from modern Cantonese at Plum Valley, to sizzling Korean BBQ at Olle, tasty dumplings made before your very eyes at Dumplings Legend or a warming bowl of laksa at Malaysian favourite C&R Cafe, followed by delicious cocktails at Opium and Experimental Cocktail Club.
?
Seven Dials
Explore the Seven interconnecting streets of Seven Dials, and head to Earlham Street where visitors can awe at the exclusive Aquarium art piece 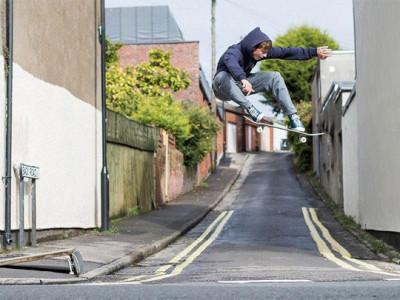 Tokyo-on-Thames
Sign up for the latest
Sign up to our newsletter for the latest and greatest from London!
By entering your email address you agree to our Terms of Use and Privacy Policy and consent to receive email updates and newsletters from All In London. You can unsubscribe at any time.