Fate Unknown: The Search for the Missing after the Holocaust 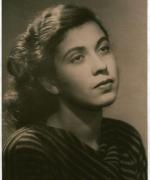 By the end of World War II, millions of people had been murdered or displaced by war and genocide. Families and communities were torn apart. Many were missing, and some people’s fates remain unclear to this day.

Despite immense logistical challenges, a number of charities, such as the British Red Cross Society and the Jewish Relief Unit, attempted to help find missing people and reunite families. Their efforts came together what became known as the International Tracing Service (ITS).

Co-curated with Professor Dan Stone (Royal Holloway, University of London), this exhibition tells the remarkable, little-known story of the agonising search for the missing after the Holocaust. Drawing upon The Wiener Library’s family document collections and its digital copy of the ITS archive, one of the largest document collections related to the Holocaust in the world, the exhibition considers the legacy of the search for descendants of those affected by World War II, and the impact of fates unknown.