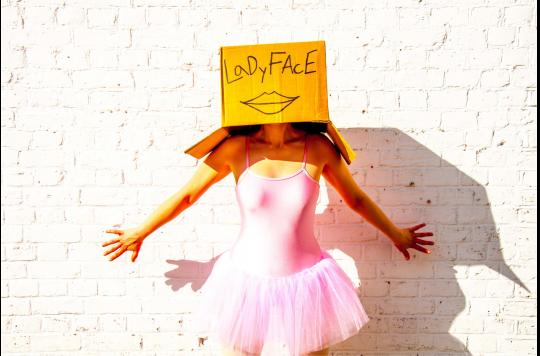 A critically acclaimed white-knuckle ride on a character comedy carousel from your chameleon woman-host LadyFace aka Lucy Farrett, said to be “FUNNY” (Neil Gaiman) and “MESMERISING” (The Scotsman). So roll up, roll up and take a journey through her multi-faced person world! See character wonders such as a Middle Age poet (as in Medieval, from the past, not a woman of 45+ years of age) to Audrey Hepburn (the REAL Audrey Hepburn giving GREAT advice), even a woman WHO OWNS A DOG WOW and many more faces to amuse, beguile and outrage. The Mighty Boosh/Victoria Wood lovechild of solo character comedy. Back after delighting audiences at the Edinburgh Fringe’s Assembly Hall and London’s Soho Theatre for Soho Rising 2017, this 4 STAR LadyFace is returning to the VAULT Festival at The Network Theatre. Lucy Farrett has been supported by the Soho Theatre’s Young Company and material from LadyFace featured on the BBC New Comedy Award show 2016 for BBC Radio 4.

THE LIST ‘Leftfield and unhinged creations with impeccable delivery.’
THE WEE REVIEW