Invisible Borders - A Selection Of Shorts From Israel & Palestine 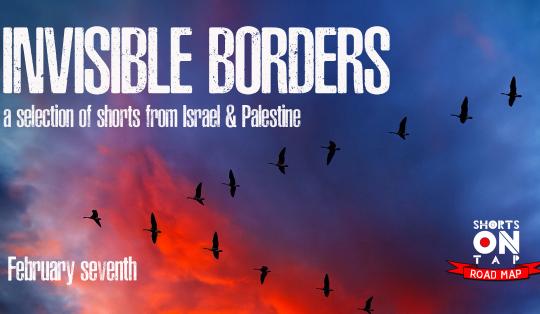 We're kicking off the new Shorts On Tap season with a 'Road Map' event featuring a top-notch selection of shorts from Israel & Palestine.

This is a screening promoting culture, peace & dialogue.
We're not here to do politics or to stand by anyone's side, the only power we're backing is CREATIVITY, which has no borders and knows no boundaries.

Doors open at 7pm for a pint&networking session and ACT ONE live performance by the Israeli Dance Institute.
Film screenings start at 8pm
Show ends approximately at 10pm
Q&A until 11pm

The screening room is situated at the back of the venue. Seats are first-come-first-serve