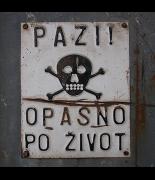 What does our reaction to war and division in another country say about us? Do we start to question our own nation, our own identity? In the former communist bloc, on the borders of Europe, one nation had a strong, progressive, shared identity. Then came nationalism and war in which 100,000 people were killed. A personal reflection of two journeys to the former Yugoslavia separated by 15 years, both before and after its disintegration. Blackbirds and Blue Helmets is a dramatised talk by Alex Batesmith, Former UN War Crimes Prosecutor in Kosovo. Commissioned by Théâtre Volière for the Marchland season, it gives a rare insight into the forces behind the breakup of one of Europe’s more recently vanished kingdoms.