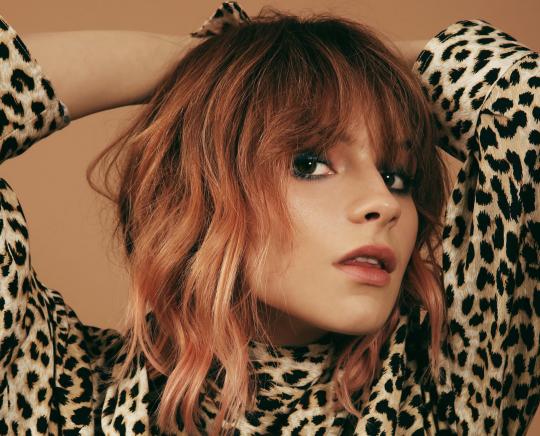 Gabrielle Aplin has an impressive discography consisting of two studio albums, six EP’s, three live albums and nine singles. Her most recent EP, ‘Avalon’ was released on the 6th of October after releasing her first single from the album, ‘Waking Up Slow’ in August 2017 which has had over 2 million plays on Spotify and over 5 million plays on Facebook.

Gabrielle shot to fame back in 2012 when the Christmas John Lewis advert featured a cover of Frankie Goes to Hollywood’s ‘Power of Love’. Her success continued with the release of her first album ‘English Rain’ in May 2013, followed up by a second studio album, ‘Light Up the Dark’ in September 2015.

Luke Friend - a UK based singer/songwriter who performs from the heart. Lives and breathes music and interacts with the crowd in a really involving unique way (get ready to sing!) he listens to the likes of Paulo Nutini all the way to the likes of Frank Sinatra. Really poppy infectious pop hook choruses filled with meaningful thought about verse lyrics that can Resonate with anyone. His first release with Sony RCA records peaked uk top 40 in the charts “Hole in my heart” and continues to gain success within the live music scene impressing all audiences around the world. He travels wherever he can, whenever he can. As a former passionate busker, he’s in it for the music. His latest release on all platforms is “Request Unplugged e.p”

Emma Ballantine - with an EP that reached no. 1 in the iTunes Singer Songwriter Chart, and music featured by Q Magazine, BBC Radio 2 and BBC 6 Music, Ballantine is rapidly gaining recognition for powerful songwriting and a ‘shapeshifting vocal gift’ (Gigslutz). A finalist in the most recent UK Unsigned Songwriter of the Year Competition, and tipped as ‘One to Watch’ by Glamour Magazine, Emma weaves together folk and contemporary influences to create her distinctive storytelling style – inspired by artists including Kate Bush, Tori Amos and Suzanne Vega. Emma’s latest EP, Somebody’s Story, brought to life true stories sent to her by fans. Its release in April 2017 topped the iTunes Singer Songwriter album chart and was launched to a sold-out gig at the Green Note in Camden.