Caroline, and The World on a Stage 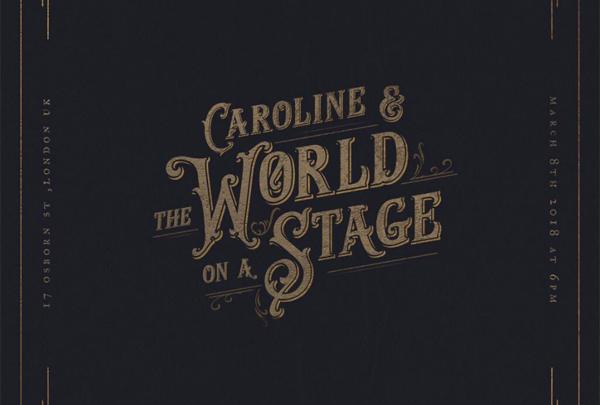 StolenSpace is thrilled to be hosting Dominican born street artist, Evoca1 (Elio Mercado), as he showcases what he has called his “most comprehensive body of work to date”. Unfolding through the lens of a young fictional girl, ‘Caroline, and The World on a Stage’ will explore the many conditions of human existence and the various misuses of power that have come to divide and haunt us a a people.

Having himself grown up amidst the challenging social and economic conditions of the Dominican Republic, Evoca1 is acutely aware of the difficulties that arise through social division, as well as the power that art has to alleviate such adversity. Despite a long childhood desire to attend an art school, his parents financial situation did not allow for this to become a reality, and so Evoca1 took to pouring over books of old masters, developing instead as an autodidact. Later moving to Florida at the age of 11, allowed the young artist to expand his canvas onto the streets, where his striking ability would eventually earn him his first show in 2011. As Evoca1 himself now puts it, “the rest is history”.

Considering his absence of formal training, Evoca1’s artistic finesse and figural ability is truly remarkable and reflects his drive as an artist to make a tangible societal change through creative output. Lavishly composed and intensely empathetic, each work tells a unique story, intended to raise awareness of the difficulties that people living in impoverished conditions must undergo on a day-to-day basis. Frequently juxtaposing human figures with animal counterparts, Evoca1 seeks to emphasis the many inherent similarities between man and beast and how we as the dominant species treat those around us. The vivid realism of his figures, not only makes him unique amongst his street art counterparts, but also serves to underline the gravity of his message, and the sincerity with which he works. Without a doubt, Evoca1 is one of the most dynamic and socially conscious artists that street art has to offer.

Specifically about this show, Evoca1 has stated: “The oil paintings, drawings, sculptures and video performance in this show, serve as metaphors for our primitive world - a world which can sometimes resemble a ‘circus’. Through the eyes of a child, the puppet masters of our society are put on display and tried for their misuse of power and the calamity they create amongst us. The work mirrors our divided world in which people roll over all obstacles in their path in an attempt to gain popularity and experience “happiness” which is solely gained through the praise of others.”