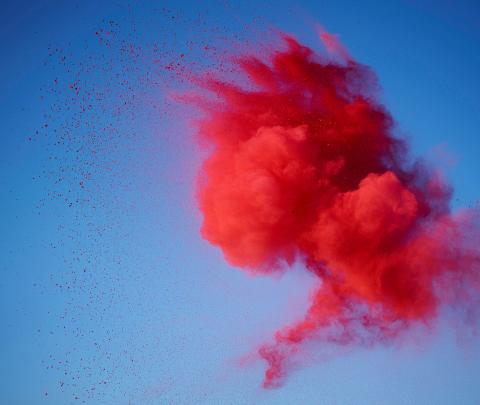 Join Rob and Nick Carter, in Connaught Village to celebrate the launch of a new exhibition of Paint Pigment Photographs to be enjoyed with Bellinis' and Bloody Mary's.

Paint Pigment Photographs were initially inspired by the Hindu festival of Holi also known as the Festival of Colours. The physical act of throwing the paint pigment is an essential aspect of the finished work. Explosions of colour captured at 1/8000th of a second retain the angry of the act itself, suspended in space. The images are about colour and an unpredictable interaction with form and light.