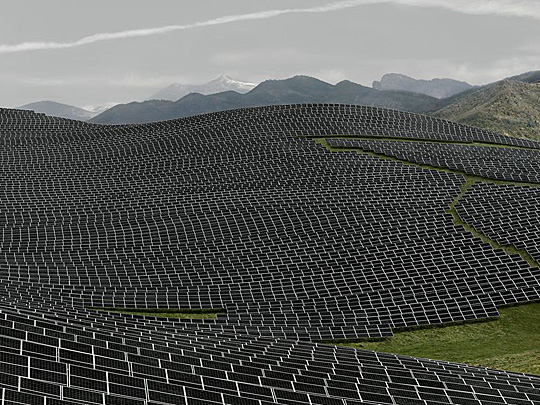 Hayward Gallery reopens with the first major UK retrospective of the work of acclaimed German photographer Andreas Gursky. Known for his large-scale, often spectacular pictures that portray emblematic sites and scenes of the global economy and contemporary life, he is widely regarded as one of the most significant photographers of our time.

Driven by an interest and insight into ‘the way that the world is constituted’, as well as what he describes as ‘the pure joy of seeing’, Gursky makes photographs that are not just depictions of places or situations, but reflections on the nature of image-making and the limits of human perception. Often taken from a high vantage point, these images make use of a ‘democratic’ perspective that gives equal importance to all elements of his highly detailed scenes.

This exhibition features around 60 of the artist’s ground-breaking photographs from the early 1980s through to his most recent work, and includes some of his most iconic pictures such as Paris, Montparnasse (1993) and Rhine II (1999, remastered 2015).

Andreas Gursky marks the beginning of the Hayward Gallery’s 50th anniversary year and is the first exhibition to take place in the gallery following its two-year refurbishment. For the first time since the Hayward’s original opening, the gallery’s pyramid roof lights will allow natural light into the spaces below.