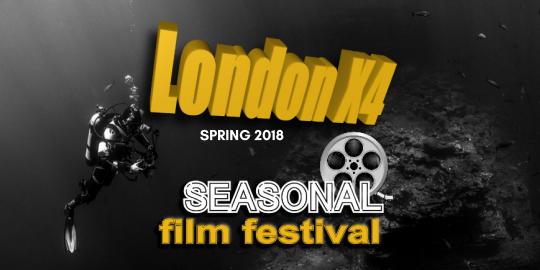 The highly anticipated London-X4 Short Film Festival is returning for its Spring 2018 edition. The London-X4 Short Film Festival showcases short films from both the UK and around the world to a discerning and cinema loving London audience. Previously we've screened ultra cool comedies from Brooklyn, heart wrenching documentaries from Iraq, outrageous documentaries on male strippers, totally unique experimental films from India, hilarious music videos with Tim Burton alumni, a gritty, action thriller with global locations and many others. This season's entries are even better with a wide spectrum of genres ranging from action, drama, comedy, animation, sci-fi, documentary, music video, horror and more, so there is something for everyone. Our festival is very proud and pleased to be presenting the creations of established and up and coming filmmakers in a variety of genres on Saturday March 31st at the Archivist's Gallery, an innovative and creative space beautifully located on The Regent's Canal in Hackney. TICKETS ARE 2 for 1 IF BOUGHT IN ADVANCE. Just follow link.