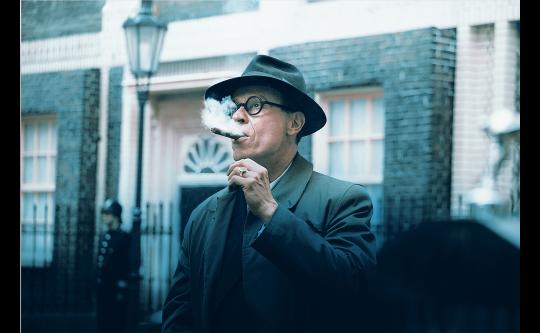 Czech diplomat Jan Masaryk tries to overcome his inner demons and relive the dramatic events leading to WWII in Julius Šev?ík’s persuasive historical drama about a man who stood up for his betrayed country while feeling betrayed himself.

Failing to win British support during the politics of appeasement, Jan Masaryk, Czechoslovak ambassador to London, abandons his bohemian life style and retreats to the USA after the Nazi´s invasion of Czechoslovakia. Fighting the frustration of betrayal and the long shadow of his father, the founder of Czechoslovakia, he seeks help in a New Jersey psychiatric hospital. Oscillating between history and fiction, moving back and forth between 1937 and 1939 and between Prague, London and New Jersey, the film portrays a complex, sensitive man driven by inner demons; a man of no nation, who only during WWII when broadcasting from BBC London to occupied Czechoslovakia becomes known affectionately by Czechs as Honza. Winner of 12 Czech National Film Awards including Best Film of 2016.

Followed by a discussion between historian Dagmar Hájková from the Masaryk Institute and Archives of the Czech Academy of Sciences and Mark Cornwall, Professor of Modern European History, University of Southampton.