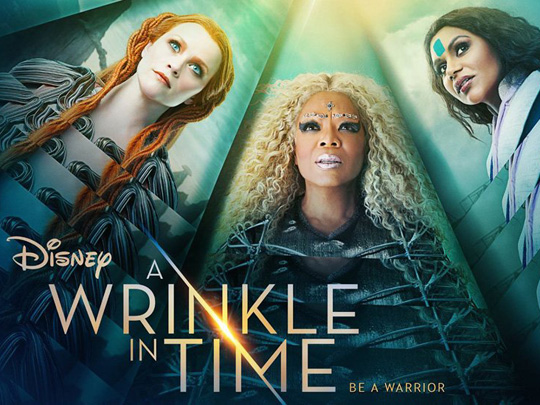 Based on Madeleine L'Engle's classic novel that has been both praised and banned since its 1962 release, this film follows Meg Murry (Storm Reid), her younger, brilliant brother Charles Wallace (Deric McCabe) and their self-identifying misfit friend Calvin (Levi Miller) on a wild, eventful expedition to an alternate dimension in search of Meg and Charles' government scientist father (Chris Pine). Meg, Charles and Calvin are transported to this alternate dimension by three supernatural beings: Mrs. Whatsit (Reese Witherspoon), Mrs. Who (Mindy Kaling) and Mrs. Which (Oprah Winfrey).

To find Mr. Murry and return him home to Mrs. Murry (Gugu Mbatha-Raw), who's a scientist herself, Meg, Charles and Calvin must travel behind the shadow of a menacing power that is darkening the cosmos.