Between Land and Sea + Director Q&A 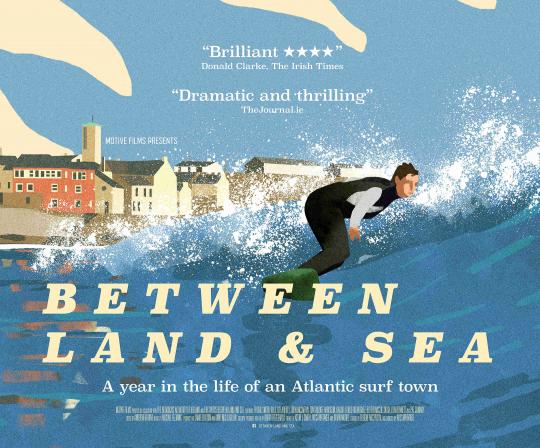 on 29th March, London's documentary cinema Bertha DocHouse is hosting a preview of new documentary Between Land and Sea. Boasting one of Europe’s best big-wave breaks, Irish seaside town Lahinch is fast becoming a popular destination for surfing experts and amateurs alike. Stunningly shot, showcasing the immense natural beauty of Ireland’s west coast, director Ross Whitaker's Between Land and Sea is an affectionate and intimate year-in-the-life character study of the town, the local community and the breathtaking seascape.

This screening on Thursday 29th March will be followed by a Q&A with the film's director Ross Whitaker. The film will then play on release at DocHouse from 30th March.