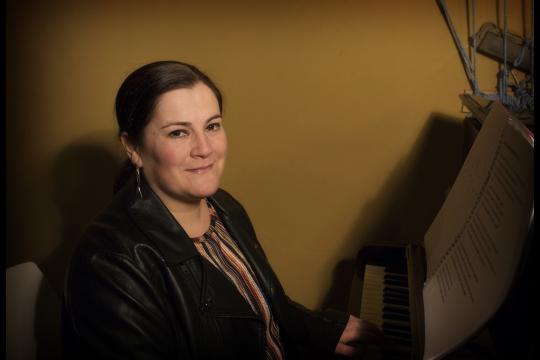 Bill (Belinda) Jones is an English folk singer/songwriter, who started her career in 1999, winning a BBC Radio 2 Folk Award (Horizon Award) in 2001. Three studio albums later (Turn to Me, Panchpuran, and Two Year Winter), countless festival appearances, and tours across the UK, USA, and Japan, Bill took a long break in 2004 to raise her family.

Back then a young singer, Bill received accolades from audiences across the folk and acoustic music scene. Live sessions on Radio 1’s Andy Kershaw Show, Radio 2’s Mike Harding Folk Show, and Radio 3’s In Tune programme followed, as well as an interview and live performance on Radio 4’s Woman’s Hour. Bill’s beautiful voice and unpretentious approach led to a stream of messages over the years asking Bill if she is coming back, and now it’s finally time.

2018 sees Bill returning to writing, both solo and with American singer/songwriter Anne Hills, and recording a new studio album, due for release (with accompanying tour dates) in 2019.

In July 2018 Bill is performing at two charity folk concerts, one in Sunderland (The Avenue, 8th July) and one in London (Union Chapel, 11th July), to raise money for Arc, a charity who helped Bill and her family through some very tough times (arc-uk.org). Bill’s new song Caden’s Lullaby is available for download at

BillJonesForArc.Bandcamp.com, and all proceeds will go straight to Arc.