‘Austria is Lost’: British and Austrian Diplomats and their Experience of Anschluß 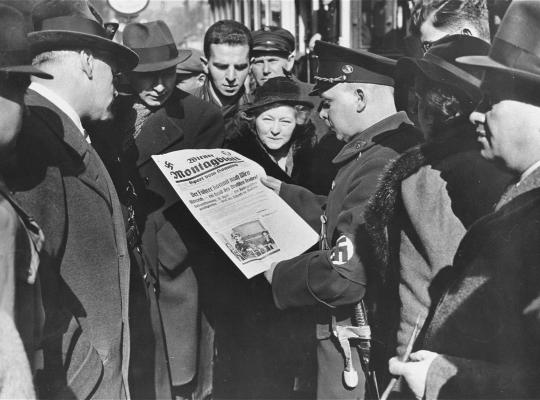 On 12 March 1938, the Third Reich began erasing a country that lay in the heart of Europe from the map. Early that morning, in advance of a plebiscite on Austrian independence, the German Wehrmacht poured across the border into its southeasterly neighbor. The following day, Arthur Seyß-Inquardt, Chancellor of Austria, revoked Article 88 of the Treaty of Saint-Germain, which effectively forbade the union of Austria and Germany, and Austrian sovereignty collapsed as the country became absorbed into the Third Reich. The Anschluß was complete.

This talk will look at the months of heightening German Nazi antagonism and increasing Austrian isolation prior to this moment through the eyes of British and Austrian diplomats stationed in Vienna and London, respectively. Rather than focusing on ambassadors and heads of mission, this research examines the experiences of lower-level cultural and military attachés, economic and press officers, clerks and secretaries—‘ordinary’ bureaucrats whose lives became entangled in Austria’s desperate attempts to thwart a German invasion.

By piecing together a variety of written sources, from official communiqués and correspondence to private letters and memoirs, this research seeks to explore how diplomats act in times of crisis. In the case of British bureaucrats assigned to Vienna, did they follow the government line (e.g., appeasement) or did they act out of friendship towards their Austrian counterparts in an effort to assist? Ultimately, this talk examines conflicts of conscience, internal hesitations, paranoia, and desperation when it became ever clearer that, for Austria, everything was on the line.