This vexed question: 500 years of women in medicine 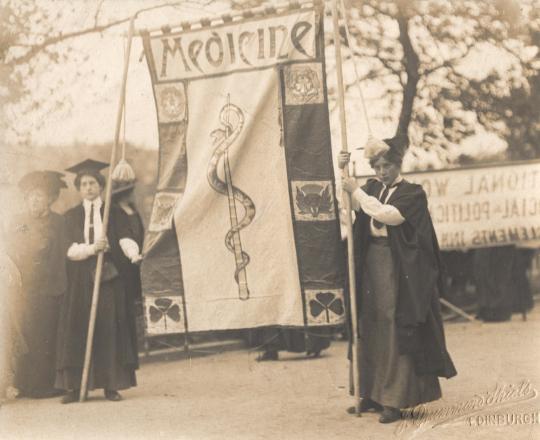 Women doctors, herbalists, writers of medicinal recipes, makers of medicines and midwives, all have worked within a male-dominated world for many centuries. Yet their roles have often been intentionally hidden and frequently provoked fierce debate. Debate that continues in some quarters to the present day.

This fascinating new exhibition marking the 500th anniversary of England and Wales’ oldest royal medical college, the Royal College of Physicians, sets out to confound conventional ideas that women medics only emerged in the Victorian era, revealing a longer, richer and much more complex story of female participation in the medical professions and wider society.

The exhibition also throws a new light on the lives and work of Victorian and early 20th century women medical pioneers, particularly the role many played in achieving broader human rights. On display for the first time, a letter from Dr Louisa Garrett Anderson (daughter of Elizabeth) warns her employers that she could face arrest and imprisonment on account of her suffragette activities.

The voices of modern medical women are also heard, in the form of personal testimonies from female doctors – many captured as part of the Royal College of Physicians’ ongoing oral history project. Contemporary women clinicians describe their life and work experiences in their own words, bringing an essential personal perspective.

This autumn, the Royal College of Physicians invites you to meet famous and forgotten female medical trailblazers, and join in five centuries of impassioned debate.

Marking milestones including Vote100, NHS70 and the centenary of the end of the First World War, ‘This vexed question’ raises compelling and challenging questions around gender and medicine, and the role of women within society: questions which continue to ‘vex’ into the 21st century.