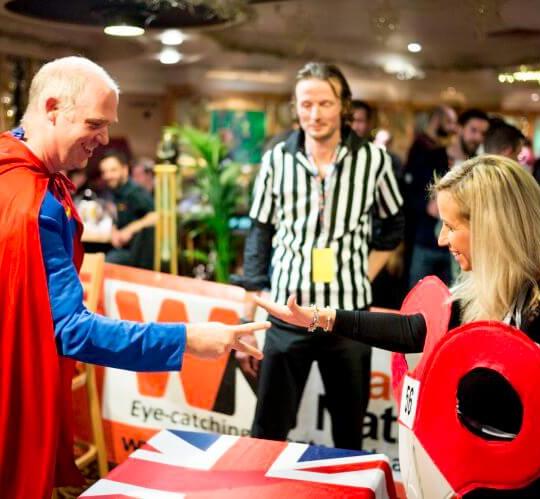 The inaugural European Rock Paper Scissors Championship will be three hours of pure excitement, adrenaline and tension as 150 competitors from all over Europe battle through seven knockout rounds until only one person remains - THE EUROPEAN CHAMPION. Could it be YOU? All participants also receive RPS fun money to wager on games with anyone in the room. Biggest fun money stake at the end of the night wins a cash prize.

Take part in the most exciting sports contest this year as the inaugural European Rock Paper Scissors Championship comes to London. Enjoy three hours of fast paced, adrenaline pumping fun as 150 competitors representing countries across Europe, (including three national Rock Paper Scissors champions) battle through seven intense knock-out rounds until only one person remains and will be crowned the European Champion. All participants also receive RPS fun money to wager on games with anyone in the room to add an extra element of fun.