The Birth of Czechoslovakia: Myth and Reality 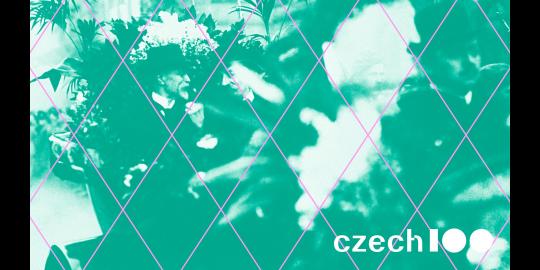 Exactly 100 years ago, at the end of the First World War, a new state of Czechoslovakia was created in central Europe. For many this 'national state' of Czechs and Slovaks was a dream come true: it gave rise to the myth that the next twenty years were a golden age of Czech history. But how true was this? How stable or viable was the first Czechoslovak state? Did problems lie in the very way it was created out of war?

This lively panel discussion, involving four historians, will unpick the myths in order to understand the genesis of Czechoslovakia, the hopes and fears that accompanied its formation, and the tensions which faced the Czech and Slovak leaders from the very beginning.

Accompanied by screening some rare archival footage of Prague on 28 October 1918.

Etienne Boisserie is Professor of Central European modern and contemporary history at the National Institue for Eastern Languages and Civilizations (Inalco, Paris). He also teaches modern Slovak and Czech history. He is the author of several studies of Slovak history at the end of the 19th and during the first half of the 20th century. His latest research deals with Czech Lands and Slovak counties during WW1 and he has recently published “The Czechs in Austria-Hungary at War”.

Jana Osterkamp is a historian and legal scholar. In the last academic year she was Chair of East European History at the LMU Munich and since 2012 she has been the director of the "Emmy Noether" junior research group "Ordering Diversity. Concepts of Federalism in the Austro-Hungarian Empire and its Successor States". She previously focused mainly on modern history in East and Central Europe, and the constitutional, legal and contemporary history of Czechoslovakia and the Czech Republic. She was also among the principal investigators in the international graduate programme "Religious Cultures in Nineteenth and Twentieth-Century Europe" in Munich, Prague and Poznan. Her current research encompasses a larger study of the history of federalism in the Habsburg Empire in the long 19th century.

Jakub Beneš teaches modern European history at the University of Birmingham. He is author of the award-winning monograph Workers and Nationalism: Czech and German Social Democracy in Habsburg Austria, 1890-1918 in which he outlines the influence of the phenomenon of nationalism on workers' movements since the end of the 19th century. He is interested in topics in modern east central European history and his current research focuses on peasants’ revolts and peasant movements in twentieth-century Europe.

A professor of Modern European History at the University of Southampton, Mark Cornwall is one of the UK’s leading experts on modern Czech history. He has written extensively about twentieth-century Czechoslovakia including the 'Sudeten question'. Until recently he was also chair of the UK Forum of Czech and Slovak Studies, aiming to promote British academic research on Central Europe.