Norris and Parker - Burn The Witches 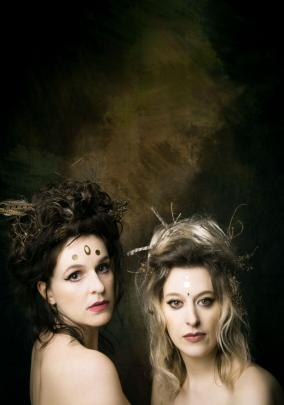 Hailed as fearless performers and skilled writers, Katie Norris and Sinead Parker are set to lure you into their web of dark and surreal comedy like two black widows in Lycra. This is debauched sketch comedy for lovers of the strange, the sordid, the musical and the dark. The Witching hour is upon you….

…“it calls to mind Phoebe Waller-Bridge’s BBC Three hit Fleabag. There can be no bigger compliment… Good unclean fun.” THE TELEGRAPH ****

‘Burn The Witch’ was a hit with audiences and critics alike in Edinburgh garnering 4 and 5 star reviews that rivalled the success of their 2016 debut ‘See You At The Gallows’ which was one of the Top 10 Best Reviewed Shows that went on to sell out a run at Soho Theatre.

Known for the dark, surrealist world they create with their characters, Burn The Witch is no different and welcomes audiences to Phallus Ridge, “the saddest town in the North West” where the cliffs are shaped like penises and there is a growing hysteria at the threat of sex witches and women in general. Ambrose and Prudence Cheesebrow try and protect their mute son Oedipussy and their farm from lechery and other sins. Other locals include sassy business woman Jean Finger, Irish landlady and psychic medium Gypsy Peg.