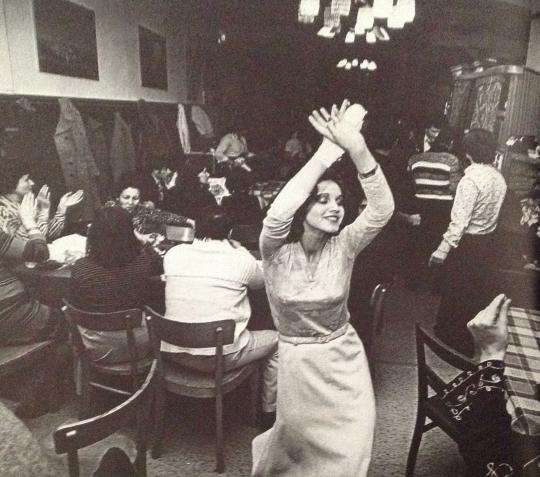 £5 on the door or via eventbrite

Kicking off 2019, we look at Europe through the eyes of its migrant workers. We’ll be joined by German-Turkish novelist Imran Ayata and artist, director and composer Bülent Kullukçu, co-curators of Songs of Gastarbeiter Vol. 1, which features music by guest workers and pays tribute to the cultural contribution made by the first wave of migrants to Germany.

We’ll also delve into the legacy of the Windrush Generation with poet Hannah Lowe and Artistic Director of WINDRUSH70 – Brent's Pioneering Windrush Generation Zerritha Brown, and explore its impact on contemporary UK culture with conversation, music and a DJ set.

With support from the Goethe-Institut London.

Photo credit: Henning Christoph of a woman dancing at a Turkish club in the North Rhine-Westphalia region of Germany in 1982.