Save a Crust Cookery Workshop 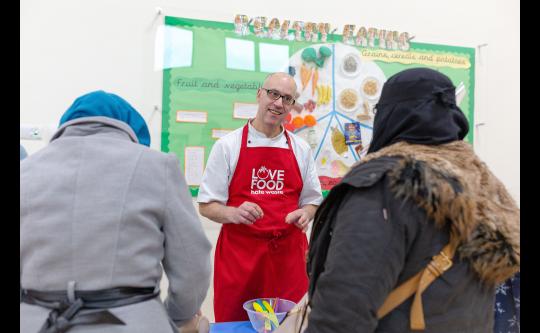 Across London, 254 million bread crusts are binned each year as one in five people overlook the end slices of loaves. That’s the equivalent just under 13 million loaves of bread – or over £13 million1 – being thrown away in crusts alone. On average, a household that avoids crusts throws away the equivalent of one and a quarter full loaves of bread a month, according to new research2 by North London Waste Authority (NLWA).

Overall, 43% of households are throwing away crusts, 15% don’t eat the ends of sliced loaves and 6% reject the ends of fresh loaves. Young people seem to be far fussier about crusts with 15% of 16-24s cutting their crusts off sandwiches but just 4% of over 55s doing so. Youngsters are also much more likely to cut the crusts off their toast than the older generation.

Food waste is a huge problem in the UK, with the average household throwing away £810 worth of food every year3. And with bread in the top two most wasted food items4, NLWA has commissioned charity Keep Britain Tidy to launch a series of new, free ‘Save a Crust’ workshops in north London with professional chefs demonstrating how to make tasty treats from leftover bread.