Sven Ratzke: Where Are We Now - Bowie Unraveled 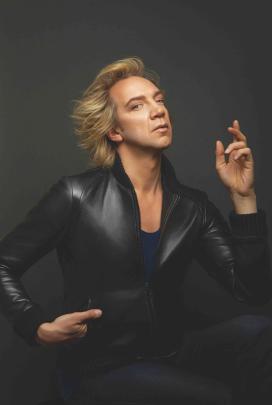 With a career spanning more than two decades, renowned cabaret superstar and international entertainer extraordinaire Sven Ratzke presents a special evening of his unique interpretations of David Bowie songs in his new show ‘Where Are We Now’. The show will premiere this October in Berlin before heading to the US, Australia and Europe. However before that it will open for previews in London with three nights at London’s Brasserie Zedel on 30th, 31st May & 1st June.

“Exceptional reinterpretations" THE TIMES ????
After his worldwide critically acclaimed hit show ‘Starman’, Sven will unravel a further collection of vintage Bowie songs in all their beauty and pureness, accompanied by his talented pianist, Christian Pabst. Expect to hear classics such as Heroes, Rock'n Roll Suicide and Let's Dance alongside original songs in the tradition and style of Bowie peppered with Sven's unique storytelling ability.