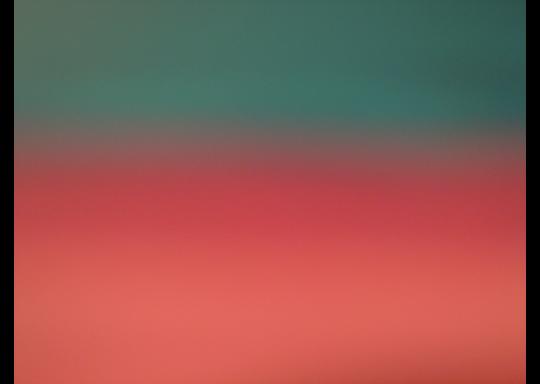 Sharon Newton and HIX ART are pleased to present TWO, Benoit considers himself a European nomad who, after forging a successful career in music, has found his true calling in the art of abstract photography.

Benoit’s process may seem primitive on first impressions, but there is a profound sophistication in his marrying of the latest developments in digital printing with the very earliest stages of digital photography. Over the last two years of recognising himself as a visual artist, his work has developed exponentially and the artist now usually works to his own signature size and to a limited print edition of just 10.

Employing his smartphone, upon which Benoit takes all of his photographs, the images are printed completely unedited on Hahnemühle paper. Benoit’s choice of paper is a thoughtful one, he feels it contributes an important facet to the work, imparting a certain sensuality; either because of, or in spite of the images’ lack of focus, the paper responds intriguingly to the colours, forming a fascinating depth of field. One of the most remarkable elements of Benoit’s work is the richness of the seemingly saturated colours. His images are extremely tactile and assume an extraordinary - almost painterly - quality.

Benoit’s photographs attest to a deep-seated drive for experimentation, a drive almost as old as photography itself. After exploring the realms of music, Benoit has mastered his own unique way of manipulating the camera. By shooting his images so fast, he tricks the inherent autofocus function of the camera. The result is a uniquely harmonious composition of form, light and shadow; where colour becomes form and texture. Waves, stripes and dots are captured in a moment that is both fleeting and definitive.

One’s gaze scans the surface of the photos, continuously searching for an answer, for something to latch on to, though any structure or focal point is deliberately left out. The effect is transcendent, one of peering into a distant, unreachable dream world, obscured by a pane of frosted glass.

For over 30 years Ric Urmel (aka Joseph Benoit) owned Megadisc, one of the most successful independent record companies in Belgium and the Netherlands. He sold his record label to the American/Canadian independent Nettwerk to follow his two great passions, digital photography and contemporary art. Ric Urmel may also be better known to some as the Keeper of the Estate of Ilse D’Hollander, the abstract painter who passed away at the early age of 28. Twenty years later, Ilse is finally getting the international recognition she deserved during her lifetime and her estate is being represented by major galleries including Victoria Miro, London and Venice.

About HIX ART:
HIX ART was established by the restaurateur and author Mark Hix in 2012. It is located in the basement of Tramshed on Rivington Street in Shoreditch, London, and is run by Director Sophie Harriott. It stages up to eight exhibitions annually, and its curatorial programme embraces a wide range of artists, from the established to the undiscovered.