£10 deposit returned upon attending the event

The Future is Creative and it’s time to make your mark on the games industry by joining your peers and taking part in the annual Escape Studios’ Game Jam. This year in partnership with mobile games developer Outplay, games studio Creative Assembly and industry publication 3DWorld Magazine. Taking place on 31st May – 2nd June 2019 at 190 High Holborn, London. This is not to be missed.

Escape Studios, Europe’s leading creative academy, part of Pearson College London, are calling on all budding game designers to take part in the Escape Studios Game Jam 2019. Teamwork, creativity, endurance and a desire to learn from your peers are all that is required in this annual game design competition, which is now in its fourth year.

The Escape Studios Game Jam is an opportunity for you to put your skills to the test against the clock to create the best game to fit the brief, as a way to build your experience. Running from Friday to Sunday, each team will have to create and present their game to a panel of judges; the winning team will be awarded an exclusive prize package by the end of the weekend.

Escape Studios has teamed up with Creative Assembly and 3D World Magazine to bring you top industry professionals to help build your ideas. Representatives will drop in over the course of the weekend, to offer advice and will be part of the final judging panel. Leading mobile games developer, Outplay has also supplied an exclusive prize for the winning team.

Additional judges also include Escape Studios’ Head of Games, Simon Fenton, who has more than 24 years’ experience in the games industry and has worked for the likes of Sony Computer Entertainment Europe. Simon will also be on hand to provide mentoring and guidance across the weekend. In addition to Simon’s expertise, jammers will be joined by Juriaan Van Linschoten, Escape Studios’ alumni and currently an Associate Tutor at the institution. 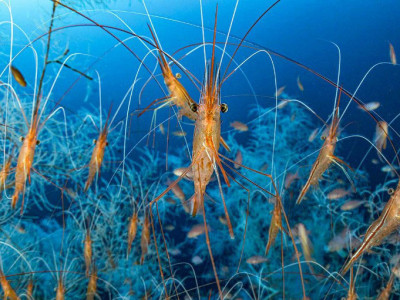 Planet Under Pressure
Wildlife Photographer of the Year

Explore the natural world in all its fragility and diversity at the annual Wildlife Photographer of the Year exhibition, where 100 powerful photographs tell the story of a planet under pressure. 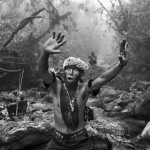 A new exhibition at the Science Museum

Spooktastic Halloween Events
Sign up for the latest
Sign up to our newsletter for the latest and greatest from London!
By entering your email address you agree to our Terms of Use and Privacy Policy and consent to receive email updates and newsletters from All In London. You can unsubscribe at any time.