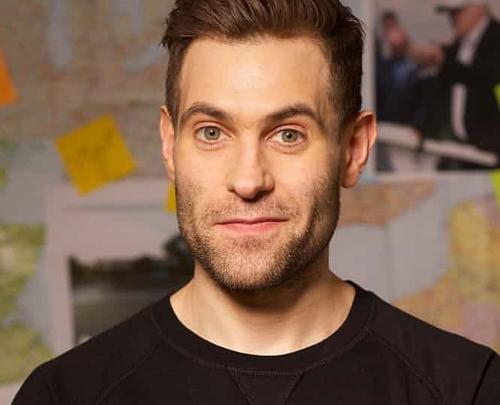 What a corking double preview night we have planned for June in Sunbury.

Described by the Telegraph as 'The new poster-boy for British comedy magic', Pete Firman will be previewing his brand new show - ' Pete Firman & The Amazing TBC', ahead of taking it up to the Edinburgh Fringe for the month of August.

As seen on ‘Tonight at the London Palladium’, 'The John Bishop Show’, and ‘The Sarah Millican Television Programme’, we look forward to bringing Pete's brilliant mix of comedy & magic to Riverside.

Following Pete, we have a real treat for Sunbury.

You may know him as “comedy legend” Lee Nelson, or as the “unfunny pillock” who gave Theresa May a P45, but you won’t know him as “tiny Jew” Simon Brodkin.

After three hugely successful series of Lee Nelson on the BBC, multiple TV appearances ('Live at the Apollo', 'Sunday Night at The Palladium', 'C4’s Comedy Gala'), and several world-famous stunts on the likes of Donald Trump, Kanye West & Sepp Blatter, Simon unveils his funniest persona yet; himself.

In this highly-anticipated ‘debut’ show, the award-winning, critically-acclaimed comedian takes us from his childhood growing up on the mean streets of Hampstead Village, to his adulthood as a failed doctor, inept parent and fairly rubbish Jew.