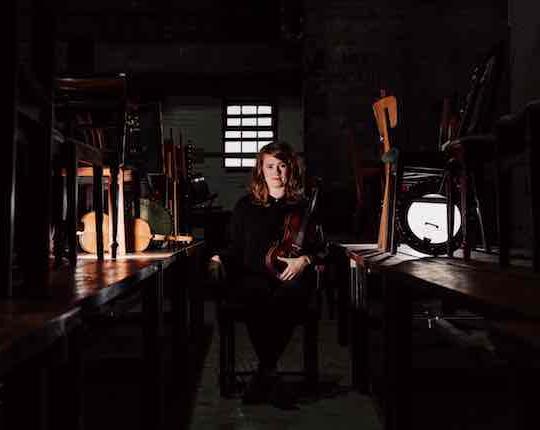 Rowan Rheingans is a fiddle player, banjoist and songwriter widely regarded as one of the foremost innovators in folk music today. Best known for her work with acclaimed bands Lady Maisery, The Rheingans Sisters and Songs of Separation, Rowan has won two BBC Radio 2 Folk Awards and is a five-times nominee.

In June this year Rowan will premiere her ambitious and deeply personal one-woman show Dispatches on the Red Dress in a 10-date tour across the country. In what could prove to be a career-shifting year, Rowan will also perform the show during a two week run at the Edinburgh International Festival in August, before releasing her first solo album, a companion to the show, with support from PRS Women Make Music and Arts Council England.