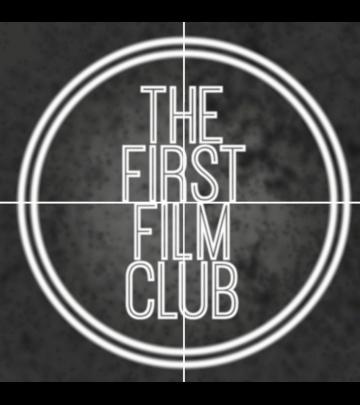 On Wednesday 17th July, The First Film Club will be launching its first screening and Q&A event, with two award-winning directors and their award-winning debut films, at the Phoenix Cinema (East Finchley, London) - Information and tickets available here.

After the showcase, both directors, Mike Leigh and Florence Keith-Roach will take part in a live discussion - chaired by journalist and critic, Hanna Ines Flint – exploring both their careers so far, their inspirations, lessons from film school, their methods and approaches to filmmaking, the difference between and the development of directing a short film and a feature film and much more.

This new, unprecedented take on ‘film club’ aims to highlight and celebrate the diverse range of talented filmmakers and bring the film-loving community together, welcoming everyone with a love for film to 'join'; from filmmakers to film fans, students and scholars, writers, critics and everyone in-between can now watch and participate in the discussion about the art of film, they typically would not have access to. This fresh new take on the 'traditional' film club encourages cinephiles to (re)discover the importance of shorts as creative pieces of film, and the importance of the very feature film as a step in a filmmakers career, as well as giving film-lovers the opportunity to immerse themselves in discussions about craft and creativity with two prominent filmmakers, during the exclusive Q&A post-screening.

The First Film Club is a new series of screening events across London, showcasing two directorial debut films; a short film from an exciting, emerging filmmaker, followed by a feature film, as the main presentation, from an established director. Each screening will be followed by a live Q&A with both directors who will explore their individual creative process and craft of filmmaking, the struggles and successes associated with the art of movie making and what happens after that all-important debut. Guests and members of the audience can also take part in an exclusive Q&A with the directors. The entire discussion, from each event, will also be made available on the First Film Club podcast, for fans and film-lovers across the UK and around the world who are unable to make it to any event.

* Mike Leigh x Florence Keith-Roach will be in attendance*