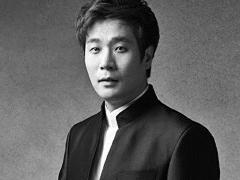 We are delighted to welcome Jihoon Kim for this morning’s masterclass with three of Opera Prelude’s newest intake of Young Artists. Jihoon Kim is shining proof that the Jette Parker Young Artists Programme at the Royal Opera House develops singers into complete artists and his rich, resonant bass is much admired at home and on the international stage. ?It will be such an inspiration for our Young Artists to be coached by him during the course of the morning and to hear more about his performance career.

Jihoon Kim is a South Korean operatic bass and a Principal of The Royal Opera in the United Kingdom. He was a member of the Jette Parker Young Artists Programme 2011–13 and a Jette Parker Principal in the 2013/14 Season, appointed to his current position with The Royal Opera at the start of the 2014/15 Season. Kim has performed widely in concert and recitals throughout South Korea and Europe. He has sung in Verdi's Requiem on tour in France with the Learning and Participation department of the Royal Opera House and organized and performed in a concert of Korean music in the Paul Hamlyn Hall.

In addition to his international and successful career as a singer, Jihoon Kim is a countryman at heart! He lives on a farm in Sussex where he has been passionately engaged in creating a new carefully designed and colour schemed garden. He loves all beautiful animals and has very recently formed a partnership with Dame Josephine Barstow to re-launch and run her business of breeding Egyptian Arabian horses.

Opera Prelude is a small charity supporting young professional opera singers who give lecture recitals in London. These friendly and inclusive events will introduce you to the international opera singers of the future by way of recitals, concerts and masterclasses.