An Evening with Simon Jenkins: A Short History of London 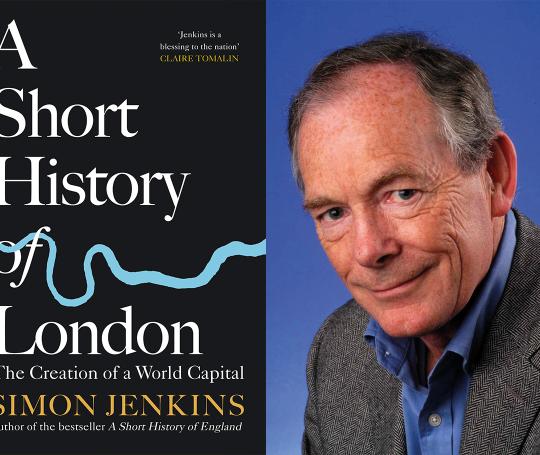 LONDON: a settlement founded by the Romans, occupied by the Saxons, conquered by the Danes and ruled by the Normans. This unremarkable place - not even included in the Domesday Book - became a medieval maze of alleys and courtyards, later to be chequered with grand estates of Georgian splendour. It swelled with industry and became the centre of the largest empire in history. And rising from the rubble of the Blitz, it is now one of the greatest cities in the world.

From the prehistoric occupants of the Thames Valley to the preoccupied commuters of today, Simon Jenkins brings together the key events, individuals and trends in London's history to create a matchless portrait of the capital. He masterfully explains the battles behind the way London was conceived and built - and especially the perennial conflict between money and power.

Fascinating for locals and visitors alike, this is narrative history at its finest, from the most ardent protector of our heritage.