John Hoyland at Tate Britain as part of Spotlight series 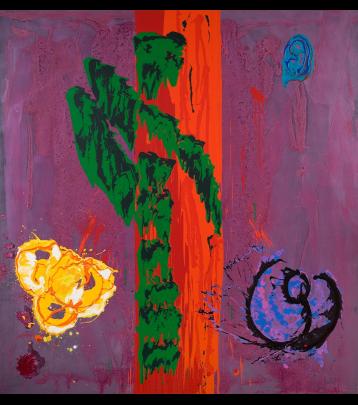 The John Hoyland Estate is pleased to announce a display of paintings by John Hoyland as part of the Spotlights series at Tate Britain.

Curated by Andrew Wilson, Senior Curator of Modern and Contemporary Art at Tate Britain, the six major works included are drawn from the Tate’s collection, with the display charting the progression of Hoyland’s work from the late sixties until 2010, the year before his death.

The foremost British Abstract Expressionist of the twentieth century, Sheffield-born Hoyland (1934-2011), is known for his large, colourful and dramatic canvases. He constantly pushed the boundaries of painting with his bold use of colour, inventive forms and ever-evolving sense of what an abstract painting could be. The Tate Collection currently holds forty-two works by Hoyland.