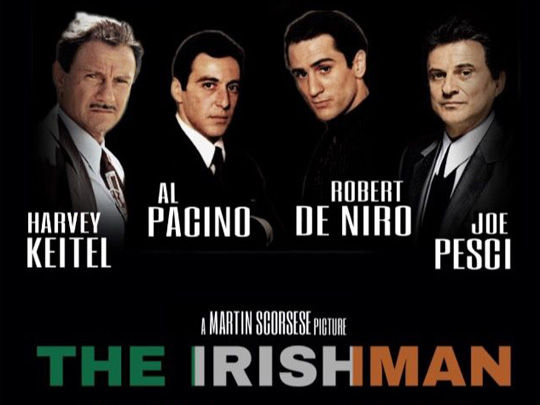 An epic saga of organized crime in post-war America told through the eyes of World War II veteran Frank Sheeran (Robert De Niro), a hustler and hitman who worked alongside some of the most notorious figures of the 20th century.