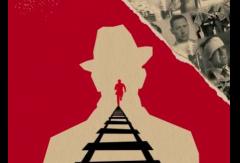 £16 in advance, concessions from £9 in advance. More on the door

The Postal Museum’s new temporary exhibition The Great Train Robbery: Crime and The Post, launching in October, will shine a light on the victims of this infamous crime and the involvement of the Post Office Investigation Branch in tracing the perpetrators of the Great Train Robbery and other crimes, from mass murder to forgeries.

A largely unknown organisation and one of the oldest units of its kind in the world, its heroic detectives put their lives on the line to solve high profile crimes and bring those responsible to justice.

Visitors to the exhibition will be immersed in the work of the Branch, stepping into an interactive 1960s postal investigation office to piece together crimes and uncover investigation techniques.

This will lead them on to the Great Train Robbery investigation, viewed through never-before-seen objects, artefacts and personal accounts including:

The original high-value packets ripped open by the robbers to get to the cash inside
Never-before-seen files and evidence including observation reports detailing the movements of the criminals, their associates and a suspect list
Recently released first-hand witness accounts from those onboard the train as the robbery took place.

This autumn, The Postal Museum will be celebrating the opening of the exhibition with an exciting line up of crime investigation themed events for families and adults alike.

From an October half-term packed with family-friendly activities including storytelling sessions, arts & crafts workshops and a unique detective training trail around the museum to a series of exclusive adult events giving an insight into the world of criminal investigation, there’s something for all ages.

Visitors to the adult events will be able to indulge their true crime obsession with the chance to meet acclaimed authors and historians, such as Gordon Lowe and Andrew Cook, as well as a private investigator, who will be talking about some of the most infamous crimes in British history and get copies of their books signed, as well as take part in hands-on workshops stepping into a live crime scene and learning a range of forensic science skills to solve a murder case.