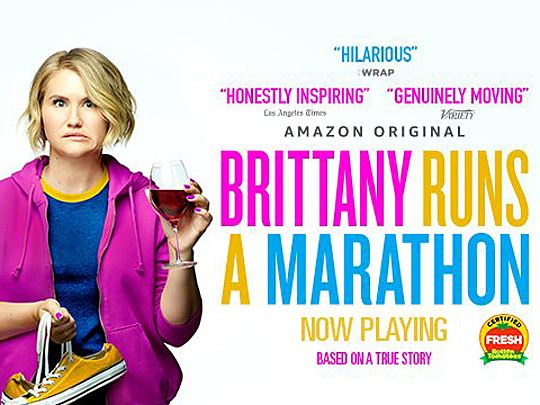 At 27, New Yorker Brittany Forgler (Jillian Bell) is a partier who knows how to have a good time. However, when her late nights and alcohol consumption begin to catch up to her, she goes to a doctor looking to score some Adderall to help her keep up her unhealthy ways. Instead, the doctor suggests she start exercising and drop 55 pounds if she doesn't want to keep on being obese, warning her that her inactivity and extra weight will cause health problems in the near future.

Brittany decides to join a gym, but when she discovers how much gym fees are, she chooses to start running instead, because it doesn't cost anything. Brittany laces up her shoes and discovers all she can run is one block. However, the next day she runs two blocks—soon she finds she can run a mile. With renewed confidence in herself, Brittany sets her sights on an inspirational new goal: to run the New York City Marathon.