The Making of ‘Our Planet’ - Conservation behind the Camera 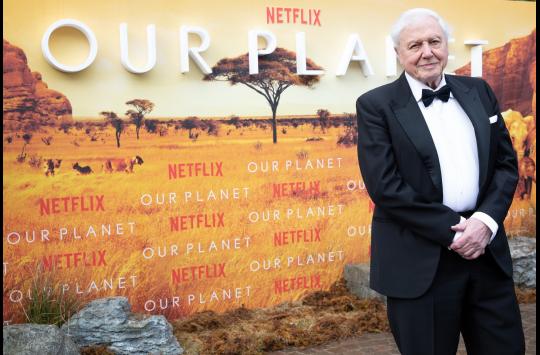 (WFN Trustee) Sir David Attenborough’s groundbreaking Netflix documentary series Our Planet showcased Earth’s incredible wildlife and fragile habitats as never before. Four years in the making and filmed across every continent, it took viewers on a journey through our natural world, and importantly, sought to bring conservation to the forefront of wildlife documentary filmmaking.

Join the Whitley Fund for Nature (WFN) and Series Producer Alastair Fothergill in a lavishly illustrated and entertaining talk, as Alastair tells the story behind the making of this landmark original series. Accompanying Alastair on stage will be 2015 Whitley Award winner Jayson Ibañez whose work to protect the magnificent Philippine Eagle was featured in Our Planet. Jayson will provide a unique insight into the conservation work taking place behind the camera as one of the many conservationists supported by WFN who helped bring this series to life, and whose efforts are critical to preserving our natural world.

Aligning wildlife documentary filmmaking and conservation, this talk will reveal hidden secrets and behind-the-scenes footage from Our Planet while delving deeper into the work of a conservationist fighting to bring wildlife back from the brink. Don’t miss it!