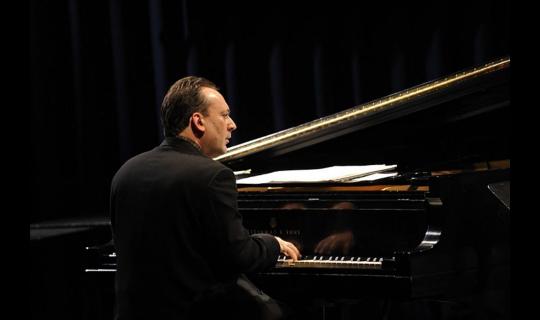 With his first appearance in concert in London since 1995, world-class New York pianist Michael Weiss, known for his 15 year association with jazz legend Johnny Griffin, takes prime spot at BopFest for this concert featuring swinging arrangements of jazz standards, bebop and his own original tunes.

This gig also features special guest NYC dummer Mark Taylor, widely regarded as one of the most significant drummers on the jazz scene.

Since arriving in New York from his hometown of Dallas in 1982, Weiss has forged a formidable career working in the bands of jazz legends Johnny Griffin, Art Farmer, Benny Golson and the Jazztet, Slide Hampton, the Heath Brothers, Frank Wess, Charles McPherson, Jon Hendricks, Lou Donaldson, as well as the Vanguard Jazz Orchestra and Mingus Epitaph Orchestra.

“Warmth, integrity and above all, originality.” JazzTimes