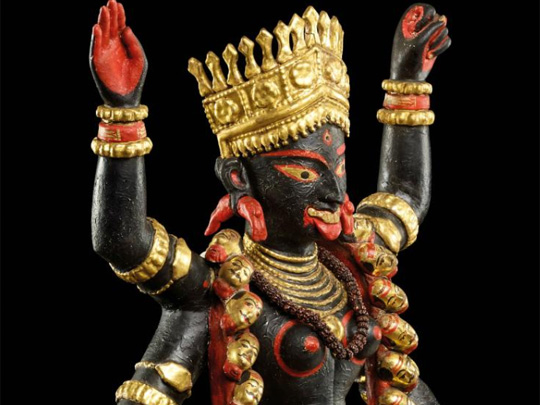 Explore the radical force that transformed the religious, cultural and political landscape of India and beyond in this landmark exhibition.

A philosophy originating in medieval India, Tantra has been linked to successive waves of revolutionary thought, from its sixth-century transformation of Hinduism and Buddhism, to the Indian fight for independence and the rise of 1960s counterculture.

Centering on the power of divine feminine energy, Tantra inspired the dramatic rise of goddess worship in medieval India and continues to influence contemporary feminist thought and artistic practice. From its inception to the present day, Tantra has challenged political and sexual norms around the world.

Elements of Tantric philosophy can be found across Asia's diverse cultures, but it remains largely unknown – or misrepresented – in the West. The exhibition showcases extraordinary objects from India, Nepal, Tibet, Japan and the UK, from the seventh century AD to the present, and includes masterpieces of sculpture, painting, prints and ritual objects.