No Comply: Skate Culture And The Community 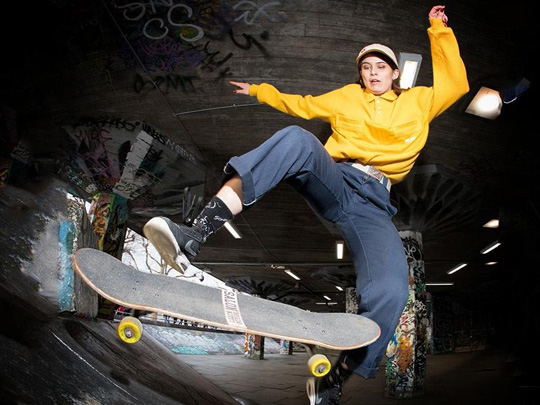 Exploring the phenomena of skateboarding, and the impact of its culture and communities on the UK across the past 40 years.

Through the work of leading filmmakers, photographers and designers, No Comply celebrates the UK’s vibrant and diverse skate scene, documenting the influence the subculture has played in reimagining the cities, spaces and culture which surrounds us.

Curated by Somerset House and Tory Turk, from an original idea by Frankie Shea, the exhibition showcases archival footage, film, photography and independent magazines, it highlights the D.I.Y ethos which has defined its creative culture for decades. Featuring rare memorabilia and personal archives, No Comply demonstrates the transformative power of skateboarding’s grassroots community, spotlighting the strength and collective spirit of its members in protecting urban spaces threatened by development for future generations. The exhibition also explores non-profit initiatives beyond the UK using skateboarding to empower and incite positive change.

No Comply invites visitors to discover the impact both municipal and D.I.Y skate parks have played in shaping the UK urban landscape, as well as interrogate the rise in anti-skate design, which seeks to deter skaters from engaging with cities’ skateable surfaces. Delving deeper into skateboarding’s creative spirit, No Comply also looks at how skate-wear, which has defined the subculture’s collective identity since its inception, continues to influence the mainstream.