Rufus Wainwright performs from his home 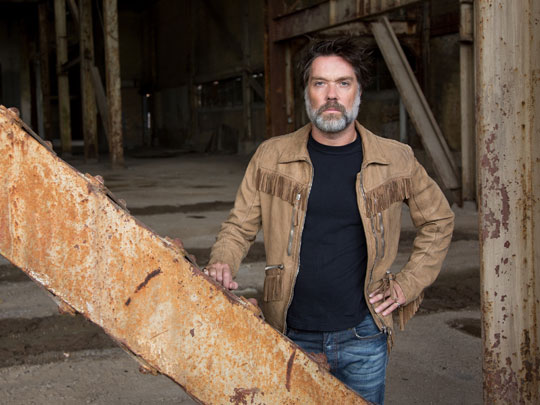 A special performance from singer-songwriter Rufus Wainwright from his home in Laurel Canyon, Los Angeles.

In these strange times, closing the Hall’s doors is the best way to look after the world, but we are now opening a (virtual) window for you to experience some of the most talented artists around.

Rufus Wainwright last performed at the Royal Albert Hall in April 2019 to celebrate the 20th anniversary of his self-titled debut album. He is set to release his new studio album Unfollow the Rules later this year.

Unfollow the Rules finds Rufus at the peak of his powers, entering artistic maturity with passion, honesty and a new-found fearlessness, while remaining as mischievous as ever.

“When push comes to shove, the Royal Albert Hall is my favourite venue in the UK. It is the perfect mix of both formal and fun. It is grand and intimate at the same time. Also it is where my mother Kate McGarrigle did her last concert in 2009. I am proud to be one of the first artists to give a Royal Albert Home concert from my home in Laurel Canyon in Los Angeles.

I will try to be your Gay Messiah in these difficult times, serve you some Cigarettes and Chocolate Milk, give you hopefully a Peaceful Afternoon, maybe pray a little Agnus Dei, hold you virtually In My Arms, take you to Sanssouci in your mind, show you some Pretty Things and make your Alone Time uplifting, funny, hilarious, beautiful and bearable. In short, I will take you through my repertoire and my life, and preview some of my new material from my upcoming album, Unfollow the Rules, which we are now releasing on 10 July.”