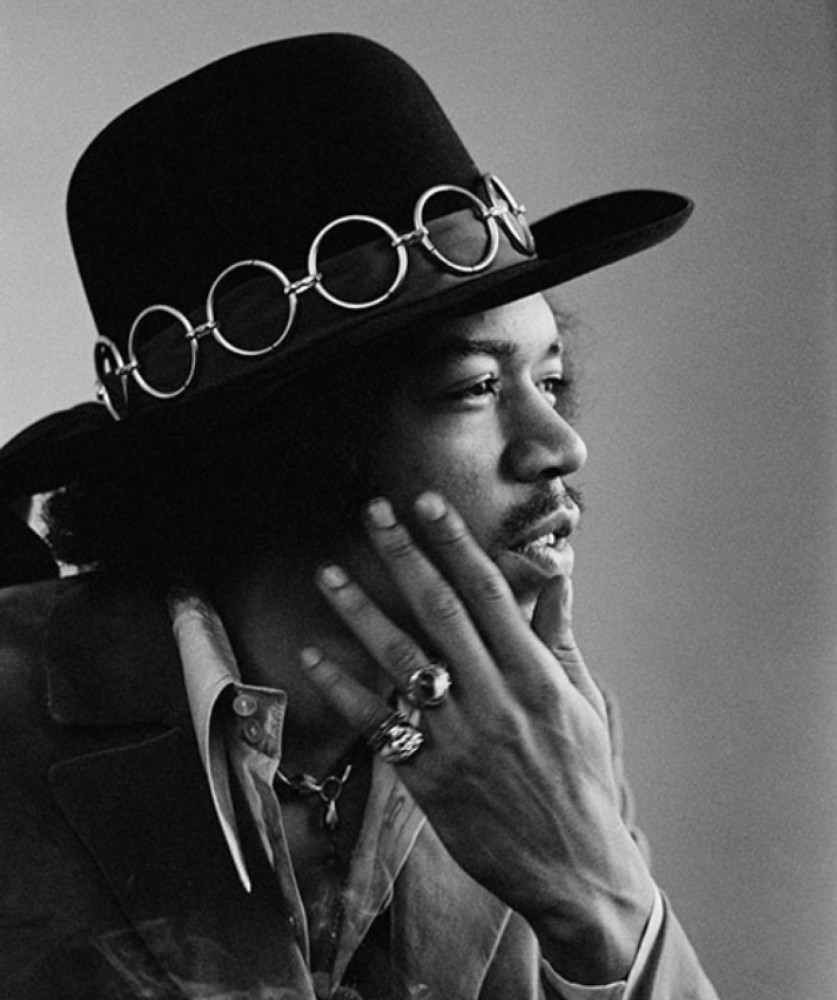 The directors of Masterpiece Art are delighted to present BOLD AS LOVE Celebrating Hendrix, an exhibition commemorating the fiftieth anniversary of the iconic musician, singer and songwriter. Opening on Monday 14th September, the show is comprised of rare photographs of Hendrix — some never seen before — taken by acclaimed photographers including Ed Caraeff, Baron Wolman, Gered Mankowitz, David Montgomery (UK debut of his works), Ulvis Alberts and the late Charles Everest.

Accompanying the photographs will be two sculptures by Guy Portelli entitled Hey Joe and Wight Spirit — a large-scale glass mosaic panel which features the handprints of more than 80 musicians who performed at the 1970 Isle of Wight festival, including the handprint of Hendrix himself which Portelli mapped via the iconic ‘hand on face’ photograph taken by Baron Wolman. In addition, the gallery will present the original Isle of Wight 1970 WEM speaker system used by Hendrix during his last major performance on British soil, including Hendrix’s personal fender neck headstock pieces and Univibe effects pedal. Says Alex Cousens, Executive Gallery Manager and Sales Director at Masterpiece Art: ‘We’re honoured to be marking the fiftieth anniversary of Hendrix’s untimely passing — which took place only a few streets away from where we are situated — with an exhibition of rare photographs of the icon by some of the world’s leading photographers.

Note: Due to Covid-19 restrictions, the exhibition is by appointment only. Please contact by telephone – 020 3946 7881 – or email: Arianna Botta [email protected] Rosie Campion [email protected] Masterpiece Art works with three charities that focus on music as an aid for dementia sufferers: Resonate Arts, Music for Dementia and M4D Radio