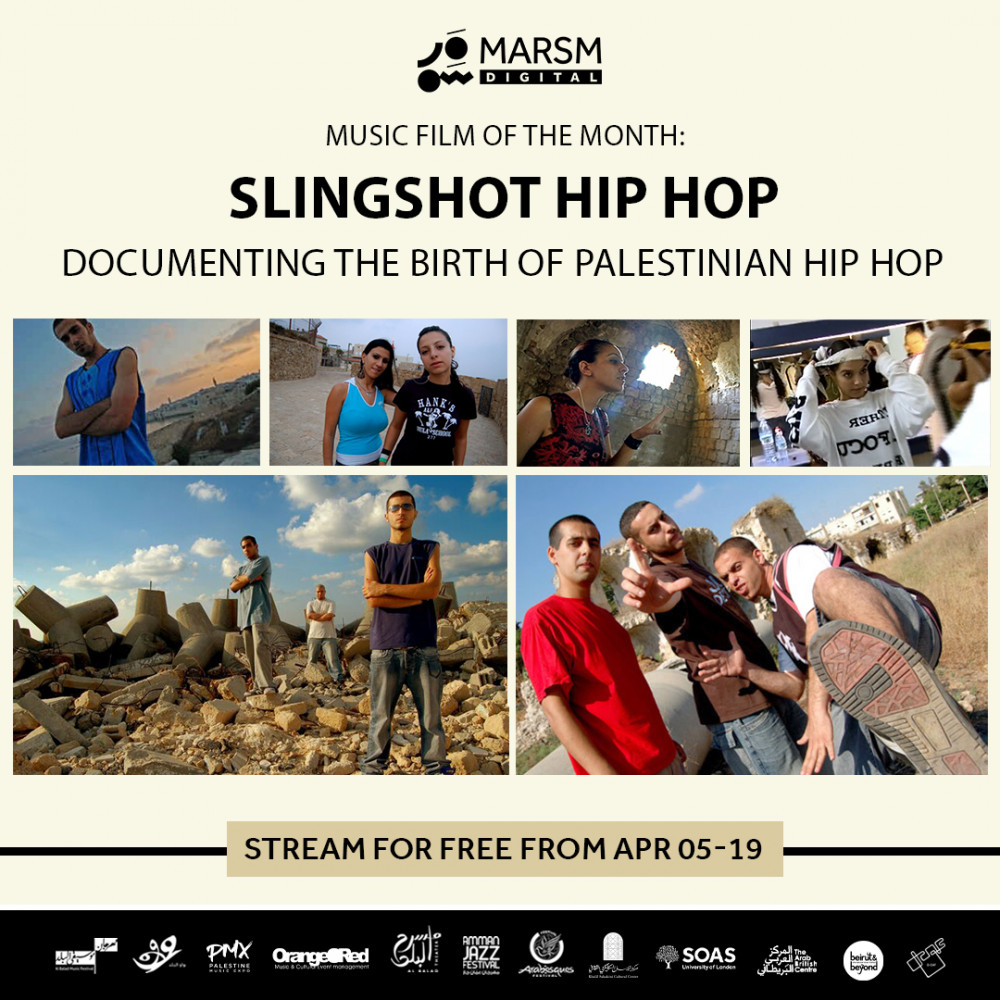 This bold documentary portrays the Palestinian hip hop scene in the early 2000s, and sheds light on the lives of its main protagonists. Live discussion presented by MARSMDigital on Thursday 8th April with Tamer Nafar and Mahmood Jrere from DAM. Free registration online. Jacqueline Reem Salloum’s award-winning documentary ‘Slingshot Hip Hop’ chronicles the birth of hip hop in Palestine, following the lives and dreams of some of the pioneering artists at the forefront of its musical movement. Braiding together the stories of young Palestinians living in Gaza, the West Bank and Palestine 48, the film spotlights the power of hip hop as a tool to surmount divisions imposed by occupation and social injustice. From internal checkpoints and segregation walls to gender norms and generational differences, this is the story of young artists breaking through the borders that separate them and fighting the constructs that alienate them. Premiering in 2008 at Sundance Film Festival, the film features artists such as the veteran hip hop trio DAM, pioneering rapper Mahmood Shalabi, one of the first female rappers Abeer Al Zinati and Gaza’s PR, and sees the young-faced, ambitious rappers paving the way to cement Palestine as a musical and cultural powerhouse of the region – taking their messages and demands for equality and justice to a global audience by conquering the stage. About the Director: Jacqueline Reem Salloum is an artist and filmmaker with Palestinian and Syrian roots. Her multi-media based artwork focuses on documenting histories and memories of people that have been fragmented by displacement and exile.