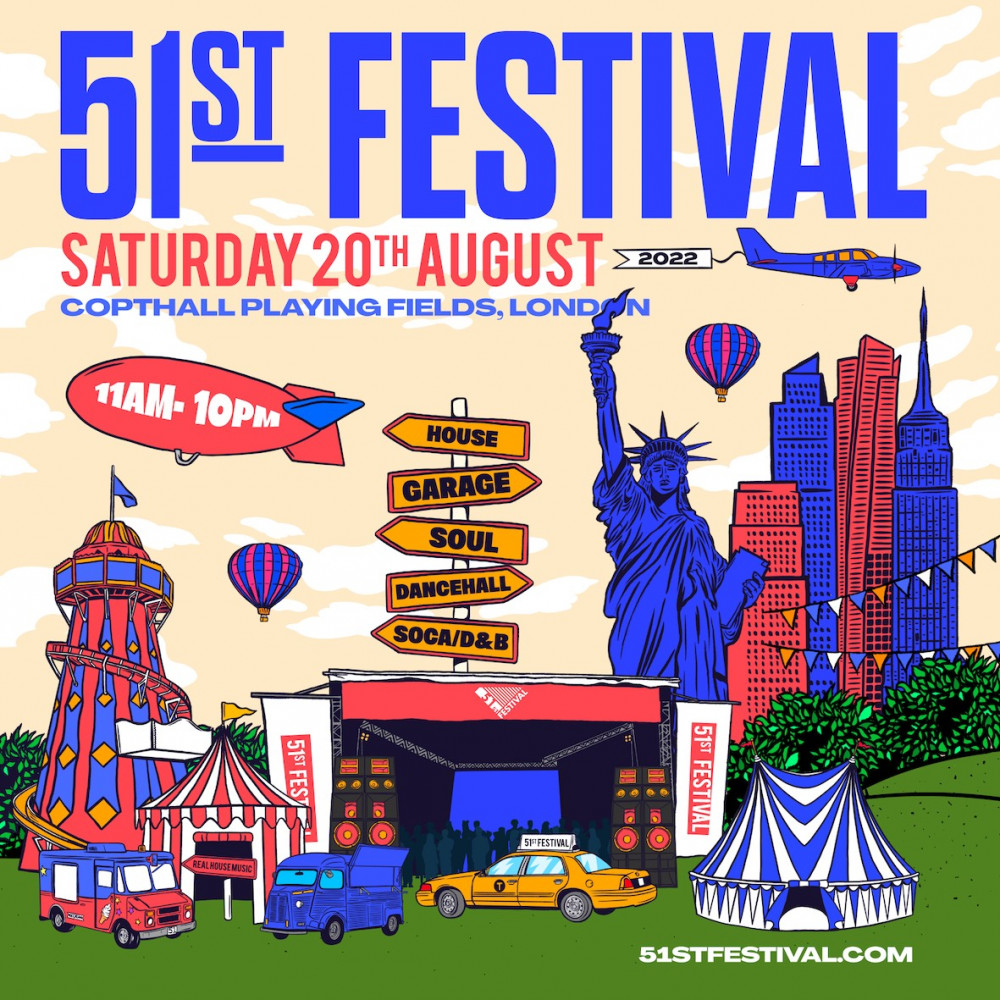 Following the success of the sold-out 2021 edition, 51st Festival returns on 20th August 2022 with a brand new festival site, Copthall Playing Fields in North London. Showcasing the technicolored heritage of dance music, big names on the lineup include veteran soulful house DJ/producer Dennis Ferrer, one half of trailblazing duo Masters at Work Kenny Dope, Grammy award-winning producer Roger Sanchez, top-selling Beatport house DJ and producer Mark Knight, Viva Warriors head honcho Steve Lawler, and Amapiano party starters TXC. Elsewhere, iconic drum & bass record label Metalheadz will host one of this year’s new stages, with UK jungle and drum & bass figurehead Goldie recently unveiled as its special guest headliner! Legendary old school DJ’s Doc Scott, Dillinja and Randall also join him on the stage in what promises to be some high octane sessions. For fans of soulful sounds, three of dance music’s most iconic vocalists, India (Live), Mica Paris (Live) and Julie McKnight (Live) will be delivering euphoric sets, while UKG fans will be able to worship the altar of Todd ‘The God’ Edwards, as well as founding fathers DJ Spoony, Heartless Crew, Wookie, Matt Jam Lamont and Zed Bias. With many surprises to come, 51st Festival promises to live up to its status as the standout day in the house and dance music calendar, with seven stages of the finest transatlantic sounds for its biggest event to date.