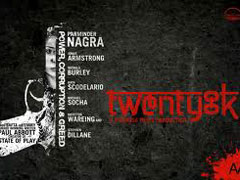 A teenage boy is gunned down outside a nightclub and a young girl is killed in a hit and run in two seemingly unrelated deaths. Fashion executive Deeva Jani, returns home to clear her brother Vipon of the shooting and soon discovers a much deeper conspiracy.

Her turbulent past begins to rear its head and with the aid of an enigmatic, ex-gang member turned youth worker Clint O'Connor, Deeva is led into the dark underbelly of a corrupt town full of terrifying secrets. As she gets closer to the truth, realising that no one is who they seem she is now called upon to risk everything in order to save her brother.

... but the big question is which of the stars will turn out on the day?

If you get any great snaps don't forget to post them in All In London's Celebrity Section.