From Mansion House via Bank, St Pauls and Fleet Street to Aldwych 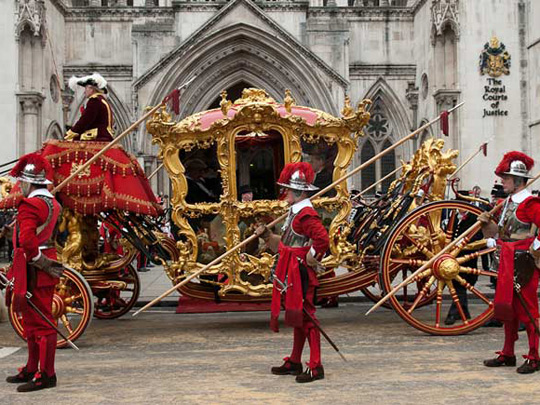 Grandstand tickets: £40;
Free to watch along the streets

From Mansion House via Bank, St Pauls and Fleet Street to Aldwych

The Lord Mayor’s Show is like no other procession in the world. It is 3 miles long and 800 years old and its 6000 participants will spend months preparing floats for the amazement of hundreds of thousands of people who line the streets of the City to watch them go by.

In 1213 a grateful King John awarded the City of London the right to choose its own Mayor, but he had a condition: every year, when a new Mayor took office, he had to make his way upriver to Westminster and pledge loyalty to the Crown. The Lord Mayor of London is one of the world’s oldest elected officials, and the Lord Mayor’s Show is the public festival that has grown up around his journey.

The modern Lord Mayor no longer goes by boat, or by horse, but he must still travel out of the City to pledge his loyalty to the Crown. These days he does that at the Royal Courts in Aldwych and just as in the middle ages, he is accompanied by military displays, marching bands, acrobats, dancers, displays of pomp and charity and symbols of London’s ancient strength and resolve. It’s only 1.7 miles from Mansion House to the Royal Courts but the Lord Mayor’s procession is 3 miles long. It will take over an hour to pass you, and when the first floats reach Aldwych most of the procession is still waiting to set off.

The processional route goes from Mansion House via Bank, St Pauls and Fleet Street to Aldwych, and the tail of the procession will get to the Royal Courts at about 12.15. There is a short break during the ceremony, then the whole procession sets off again at 1:15pm to take the new Lord Mayor back to Mansion House. The procession finally ends at about 2.30 when the last floats reach the city.