Dinners before clubbing in Dalston 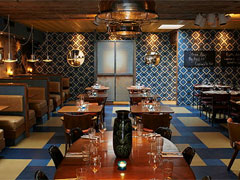 How the heck are you gonna go and dance your tits off if you haven't got enough fuel in the tank? Hey? Answer us, that.

Even though we're all now old and past it (over 28) we still know all the best haunts to go and get a bit of fodder in Dalston before all the shape-making and sweating begins. 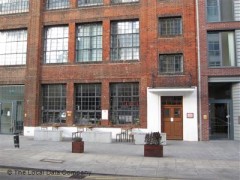 This buzzing Italian joint next to London Fields takes its name from the cured Italian ham that originates from Tuscany. But that's not the only thing they do - they also make pizzas, with spicy n'duja sausage, grilled courgettes and anchovy sauce, and of course, lardo. In our honest opinion, this is ideal for lining your stomach before a night of Dalston dancing. 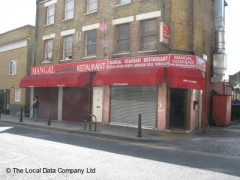 Save your £££ for entry fees at the clubs by eating at this cheap Turkish restaurant. Lamb and chicken is marinated and cooked on the grill on skewers, lending the meat a smoky, delicious char flavour. If you don't want to get too full they do hot and cold mezeler, i.e. small plates, including fresh hummus, mini-pizzas with minced lamb, and stuffed vine leaves. 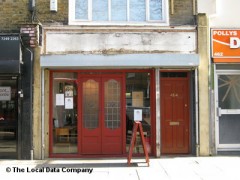 A Little of What You Fancy

It's handy location on Kingsland Road means it's a stone's throw from all the local nightlife. The menu is modern British and European, for instance free range chicken cooked with Spanish dry sherry, served with buttered mash and porcini mushrooms. The restaurant reflects exactly why the new-ish wave of affluent locals flocked to the area - upmarket food in shabby chic surroundings. 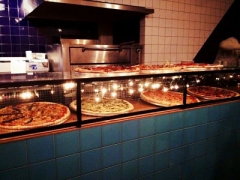 Owned by the same peeps at nightclub Dalston Superstore, Voodoo Ray's serve mahoosive pizzas which are 22 inches in size. Some of their pizzas are named after their favourite artists. There's Green Velvet with green ingredients like artichoke, olives and pesto, named after the Chicago house music DJ of the same name, and the Giorgio Moroder, although we're not sure what the connection is between goat's cheese and courgettes and the disco pioneer.

This upmarket Italian is nicely placed between Dalston, De Beauvoir Town, Hoxton and Haggerston - you really couldn't choose a trendier spot. There are grilled dishes like whole sea bream and steak, pasta, charcuterie. and a selection of raw plates such as seabass carpaccio. 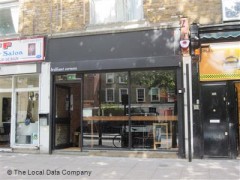 It's part jazz bar part sushi restaurant, which makes this a 'brilliant' idea. Named after a Thelonious Monk album, it's intimate and has a small dancefloor, and attracts music nerds and a slightly older crowd compared to other Dalston venues. 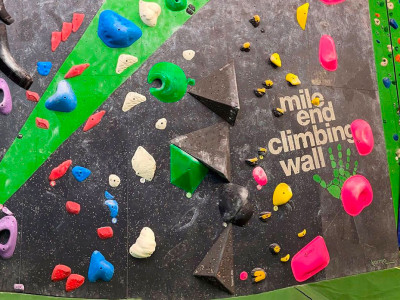 The sky/ ceiling is the limit
Go climbing in East London

Since the 1980s, the Mile End Climbing Wall has been giving east Londoners a place to practice their bouldering skills... 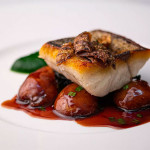 Sampling St James's Seven Park Place
Sign up for the latest
Sign up to our newsletter for the latest and greatest from London!
By entering your email address you agree to our Terms of Use and Privacy Policy and consent to receive email updates and newsletters from All In London. You can unsubscribe at any time.