The hunt for the best proper pies in London

No mucking about... these are proper pies! 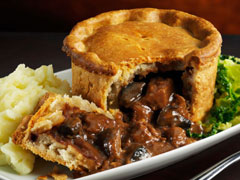 Mmmm, who can resist a sumptuous meaty filling in a bowl with a puff pastry lid?

EVERYONE.
Everyone can resist that - because it's not a proper pie!

A proper pie has pastry all around it, top and bottom - not just a faffy, flaky lid atop meat soup. When Marty Pellow sang "love is all around" it was an allegory for a pie. You are the meaty filling and love is pastry. Everyone knows that.

It's plain to see that we're pie pastry fascists here at AIL, so lucky for you, we've been on the hunt around London for some proper pies... and by Jove, we've found some! 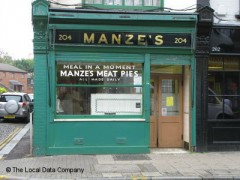 You can’t beat Manze’s for tradition, as this pie and mash shop has been in the Manze family for over a hundred years. Here the pies are served with liquor, which before you get overexcited is a parsley sauce rather than 40% proof booze. The menu also has jellied eels, the cockney classic everyone has to try at least once. 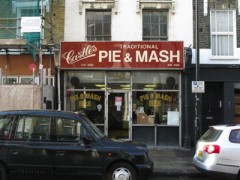 This is eating out the austerity-busting way thanks to a no-frills, greasy spoon-like interior and a small yet perfectly formed menu with pie and mash for £3.50 and a mug of tea for just 65p. Note that it only opens for lunch. 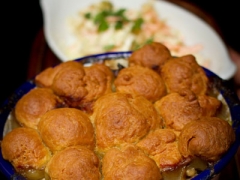 This may be sacrilege to purists, but we’ll guiltily confess to liking the posh pies at this Putney restaurant. What pastry lover can resist venison and salami, pork belly with bacon and apple, and even a chili con carne pie with guacamole and Cheddar cheese? Plus you can complete the experience with a starter of “pie bites” and mini beef Wellingtons. 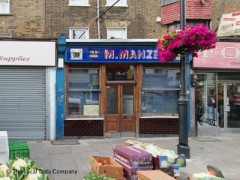 Not to be confused with Manze’s in Deptford, this is another century-old eatery serving up good old pie and mash at their three branches in Tower Bridge, Peckham and Sutton. Victoria and David Beckham have been known to pop in over the years, although we can’t vouch for Victoria’s portion size. 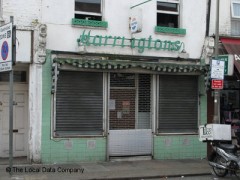 We all know the grisly story of Sweeney Todd, the murderous barber with an accomplice who turned his victims into pies. Tooting Arts Club had the genius idea to stage Stephen Sondheim’s musical adaptation of the story at this very pie shop before relocating it to a venue on Shaftesbury Avenue. Fear not though, for the only filling you’ll find in these pies is wholesome minced beef, priced at an incredibly low £1.75. 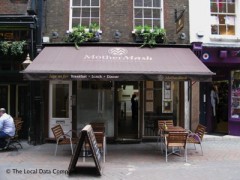 Poor mashed potato rarely gets the recognition it deserves, despite being a constant presence at the dinner tables for centuries. While mash is the specialty here, its natural accompaniment is the pie, and there’s Aberdeen Angus steak, chicken and leek, and Mediterranean roast veg to swirl your potato around. 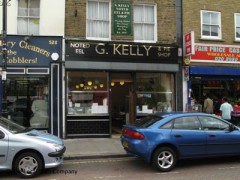 When G Kelly opened in 1937 the aim was to provide a hearty lunch to the local market traders on Roman Road. Nearly 80 years later they continue to make pies fresh each day, as well as hot and jellied eels to hungry Eastenders, although their one concession to modern times is the meat-free pie made with soya mince. 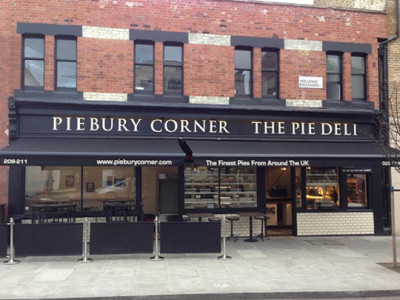 This Islington deli began life as a food stall to appease the hunger of football fans at Arsenal’s stadium nearby. They’ve since perfected and expanded their range to include veggie options like goat’s cheese and sweet potato, and adventurous pies like jerk chicken and lamb with mint.

As well as having a permanent home in Covent Garden’s market, Battersea Pie Station pops up at festivals like Glastonbury and Bestival. As well as classic hot and cold pies they offer pasties and gloopy puddings.

There’s no denying Britain’s reputation when it comes to making a good pie, particularly in the north of England, however central European nations like Austria and Germany are also a deft hand at pastry-making. Stolle takes its cue from these countries with savoury fillings like cabbage, chicken and spring onion, and indulgent deep-filled sweet pies with blueberry, strawberry and plum. Order by the slice or push the boat out and buy a kilo.