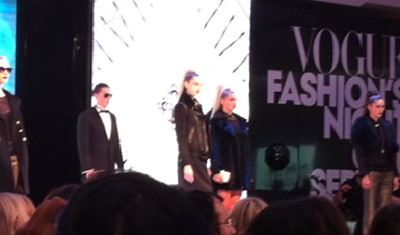 I’m probably more drabarista than fashionista but occasionally I drag myself out to do the shopping thing. But on this occasion with a friend who’s known more for her Olympic ability to assert a no-nonsense verbal stranglehold on sales assistants who show the slightest sign of weakness than her ability to delicately pluck designer gems from the rails. On my list yesterday was a small light gold clutch (to finish the outfit for an imminent family wedding) and some steel grey court shoes for the office.

Having torn myself away from Aspinal (normally with bags I’m strictly a Mulberry, Prada and Balenciaga kinda girl) that had absolutely the perfect rose gold clutch but sadly at a price that even I simply couldn’t justify for a one-off outing, I’d found a serviceable alternative at House of Fraser.

My quest for the ultimate metallic grey courts with a covered platform and some toe cleavage was solved, strangely in the Italian breathing shoe place (Geox) where I had to leave them as they were unable to accept American Express. Honestly, there were no other metallic grey courts – without snakeskin or platforms over 4 cms – anywhere else at Westfield. I've looked. Twice.

As we sat delighting in the forbidden “Pursuing happiness” warmth of the Butlers Chocolate Café we watched a hoard of happy, impossibly thin black-clad promotions folk carrying purple balloons to promote “Vogue’s Fashion Night Out”. They were followed by a team of tee shirt wearing Scottie dogs promoting Radley.

Like kids following the Pied Piper, we stood to follow the beautiful people and before I could whip out my press pass had a Fashion Show entry pass – complete with lanyard – thrust into my hand. Call me weak but we practically ran to the queues for entry.

Skipping round the line for free bubbly stuff, and elbowing our way through the cameramen we reached our places on the white benches and realised that we were probably a good three decades older than anyone else around us. Sore thumbs seems an appropriate metaphor when you saw the level of text messaging taking place.

We were more than a little surprised that when the photographers finally drew back, they revealed not some vintage Vogue fashion icon but three of the cast from The Only Way is Essex. Is this a repositioning of an industry giant we are witnessing?

And then we were off – bright lights, thumpy dance music and swirling film images on the backdrop screen. The announcer explained that we were to be treated not only to Yasmin Le Bon (who, at 47, looked stunning with her slicked back crop) and her daughter but also Lizzie Jagger. With swagger.

The usual black goth selection strutted down the cat walk – was that a deliberate limp or a new trend in slinking with attitude? Then some marvellous flowery prints – Bianco and Ted Baker won my vote. Then some metallics – how I smiled at myself both at effective anticipation of the new Autumn colour (forget Forest Green m’dears!) and knowing what a job they will have finding shoes to match if they only have American Express with which to pay.

Then another of my favourites – burnt orange – even on the guys. I could see the team from TOWIE mentally calculating how they’d have to change their tanning regime in order to pull that off with aplomb. More black to finish – natch. And before we knew it, we were applauding – probably for the models’ ability not to fall over in those silly heels and break one of those impossibly thin legs.

As some moved prematurely from their seats (exactly where are you rushing to?) there was a major shift in mood on the music front and we were treated to the mature and soothing tones of Kristina Train. I felt sorry for her that her audience wasn’t a little more appreciative.

And so we wandered back to the car, successfully avoiding Aspinal where that perfect little rose gold clutch still lives. We failed to gain entry - simply because my rugby scrum days are over except as a spectator - to Superdry which was heaving with youngsters being treated to free nail jobs and drinks. But it is only the start of London Fashion Week…so who knows what might happen…

Share on
Posted Date
Sep 7, 2012 in London Event Reviews by May B by May B 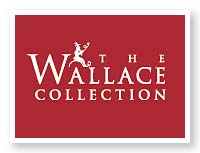 Oil paintings, swords and armour at The Wallace Collection 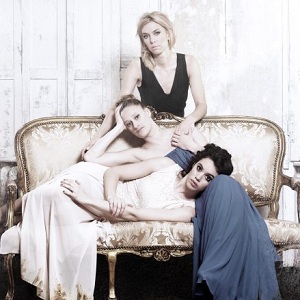